Went to a conference a few weeks ago.  Less of a "conference" and more of a "gathering," really.  I've been meaning to write this since then, but came back home and got swamped by actual work-work.  For one thing, a commercial builder called me in a panic for some rooftop duct insulation.  (Pro tip: never call a contractor in a panic.  We have to raise our prices to push your problem to the top of our list.  So...be cool.) 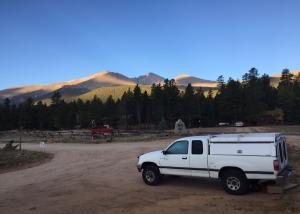 RaterFest! is held annually in Colorado, put on by EnergyLogic.  I see the goal.  The goal is to get people out of stuffy conference rooms, stop making "learning" a choice between session tracks, focus on the people, fit the whole agenda on the back of your nametag, drink beer, and have fun networking.  A majority of the attendees are HERS Raters.  A Home Energy Rating Score assigns a new home a number on a scale, and a Rater figures out what that score is.  The lower the score, the better the house. 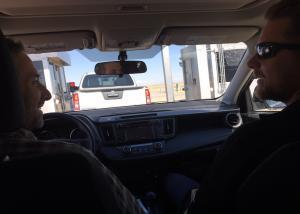 I landed in Denver and was going to carpool with a bunch of people, but since I got there later, they had already gone to get in line for the rental car and left Colby behind to meet me.  Met Colby, went outside, and Colby said, "Ari!"  Ari was walking by and Colby said, "do you have a car?" and Ari said, "yeah, come on!"  Ari strides right out onto the rental lot and gets in a car (bypassing the line, because he's a member of the rental-car-club), we hit the road, and Colby told us all about Burning Man.  This is how it goes in Colorado.  Then you get to the bunkhouse and realize you're in a room with CEOs, and laugh afterwards because not one CEO figured that we could take the top mattress and stack it on the bottom mattress (bunk beds) to make it possible to sleep well. 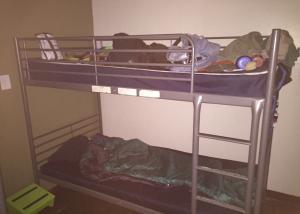 I went to RaterFest! because I was invited to give a session - I entered their "Home Grown Story" contest and won, and was given the hangover spot, last session of the weekend, so I reconfigured my talk a bit to reflect the fact that everybody had just had a long weekend and it was almost time to go.  Some people already had, so I thought I'd drop some of my stuff into this blog.  (I also ran out of time because I can babble a bit.)

When I built the Trumansburg Montessori School a few years ago, I wanted to make sure that it had great Indoor Environmental Quality for the Very Small People who'd inhabit it.  IEQ refers to how a space feels.  Small People feel things very deeply - they're constantly under stress.  Smells are weird, their taste buds aren't fully developed yet (which is why your kid might not eat their broccoli, it literally tastes horrible to them), shoes are a horrible pain to deal with, and everybody's really tall, loud, and faster than you.  Life is hard. 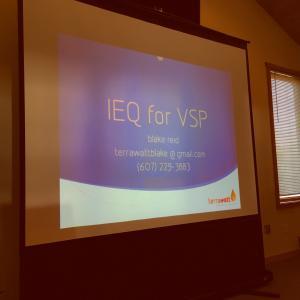 Maria Montessori recognized that Very Small People benefitted from an ordered environment, and that became a driving principle of the school build.  We would order the environment, so that VSP's could get down to business.  We'd make it clean, calm, quiet, healthy, and comfortable.

The insulation was easy, the airtightness was easy, providing heat was easy...ventilating it was not.  I have a general problem with ventilation standards, which is that nobody really knows how much fresh air is "enough," and ventilation calculations are boiled down to formulas that count bedrooms.  Figure in that every building is different, every day is different, and this ventilation system needed to be operated by a preschool teacher, and that's why I bought a cheap carbon dioxide monitor for $120 on a major online auction site.  It has grumpy/smiley faces on it to tell you how you're doing.  Just right for preschool teachers, who would be my data collection staff. 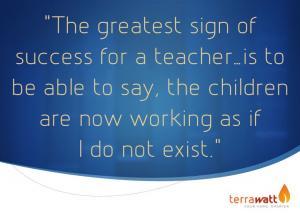 It's good to measure things.  I installed a high-quality but affordable-to-us ventilation system, tuned it with my hoses and gauges, thought all was good, measured the CO2 levels...and they were too high.  I was getting "enough" fresh air according to some formulas written by smart people, but it wasn't enough.  I removed all the brand-new 6" duct I had installed and replaced it with 10" duct.  The net effect of this was to increase the amount of fresh air by 30 cubic feet per minute.

There's a great reason for all this work, and it's that VSPs' brains are growing at an amazing rate, and they're being asked to be all sorts of things they've never had to be before: actively nice, kind, thoughtful, courteous, controlled...it's hard.  Also, it's school.  They have to do stuff, and when CO2 levels get high, they stop wanting to do stuff ("initiative") and it's hard for the brain to perform some higher functions - "information utilization," "breadth of approach," and even "basic strategy."  VSPs are capable of amazing things.  Take the colored blocks that are the trinomial cube (links to a video).  It looks like blocks, but there's a great amount of advanced math buried in those blocks.  (I'd like to publicly apologize to the gentleman who volunteered to do the trinomial cube; it can be assembled by 5-year-olds, but I had inadvertently flipped the lid of the box, which has the guide for reassembly printed on it.  I'm sorry!) 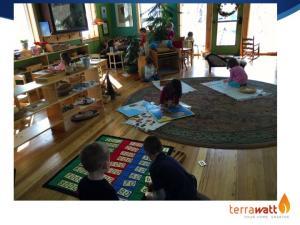 I wish the CO2 level was lower, but it's turned out to be hard to measure because the level is not constant; it varies throughout the space.  It's a common problem in a low-load building heated by a minisplit heat pump - less mixing of the air occurs, so you get pockets of "bad air."

Since I was in a room full of Raters, I asked them to rate the school.  Then I took the scores and averaged them, and came up with a HERS score of 35.  I was told that that's about as low as you can go without adding solar panels.

Thank you for the validation, and for your attention.  I'm sorry I dropped the f-bomb a couple of times.  If anybody'd like a copy of the slidedeck, it's here. 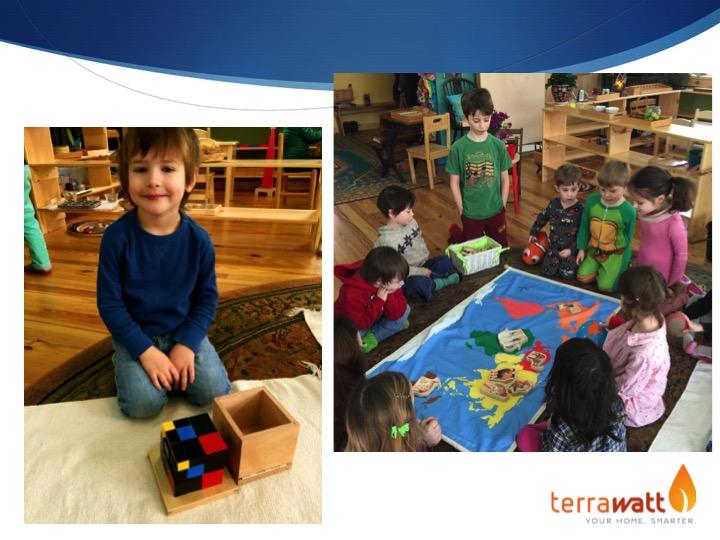 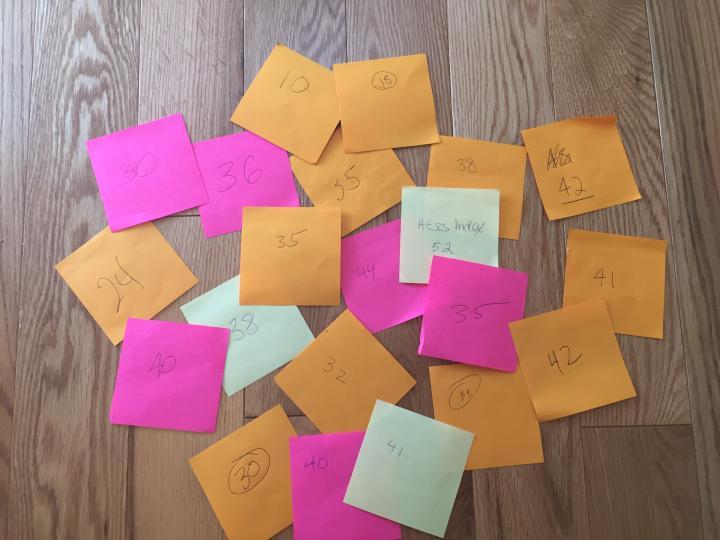 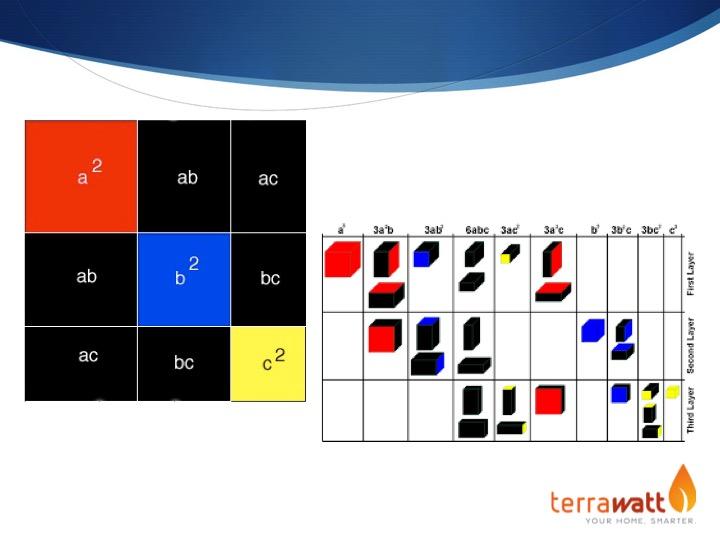 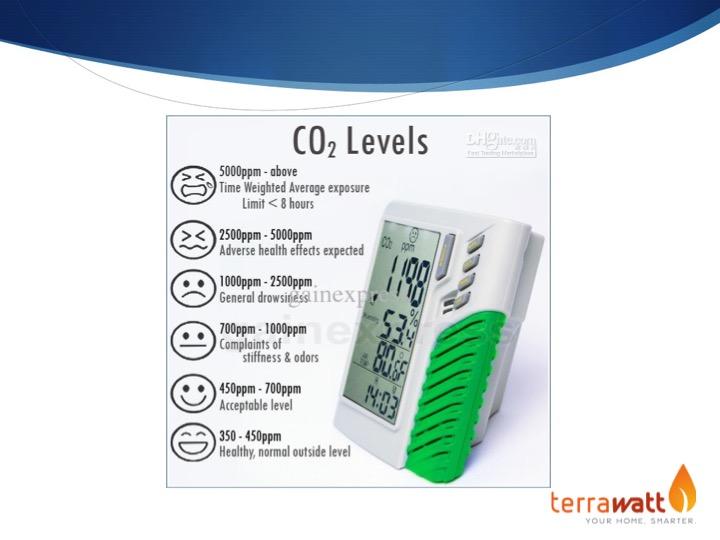 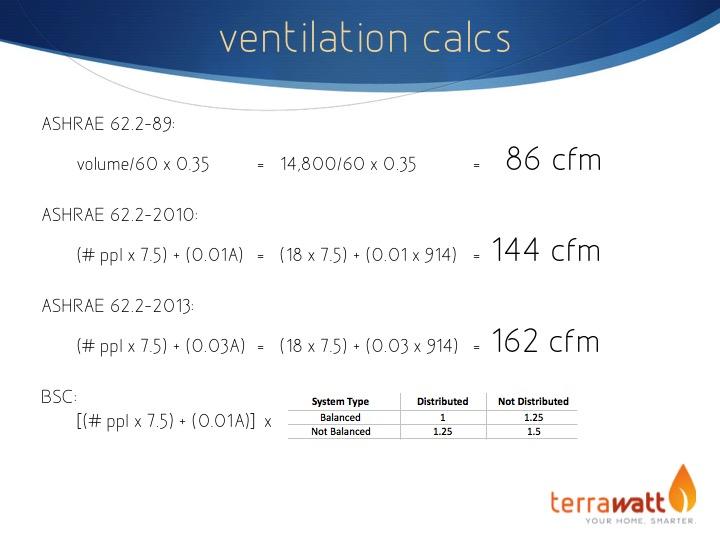 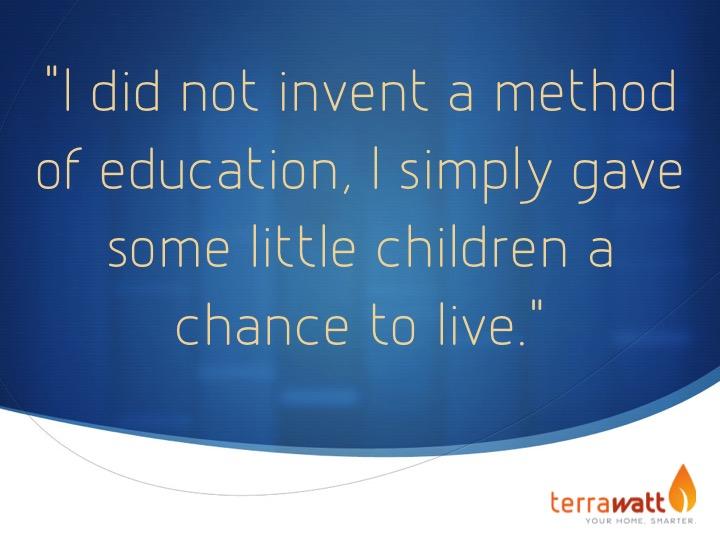 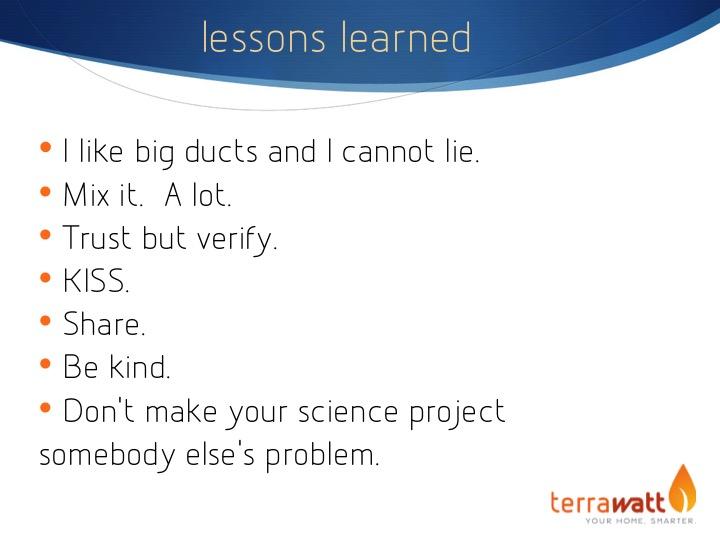 Blake is an excellent communicator. He is articulate, clear, present, and caring.