The Truth About Air Cleaners

There's an ad on the radio for a company that says it has a filter that will clean the vog out of the air.  So I called them and asked them about it.

Maybe now's a good time to go back and read my last blog on vog. Vog's a combination of things, "particles" and "gases."  Particles are easier to manage - you move air around, push it through a filter, and the filter catches particles.

Filters have a "MERV" rating, a Minimum Efficiency Reporting Value.  The higher the MERV rating, the smaller the pores in it.  A MERV 8 filter will catch:

That sounds good, doesn't it?  Not breathing "smog?"  But vog is not smog.  Smog is made of big particles and small particles.  A MERV 11 filter will catch the larger particles, but not the tiny ones.

An upgrade to a MERV 13 filter will help you catch:

The bigger the number, the better your chances.  Eventually you get into "hospital" territory around a MERV 15. 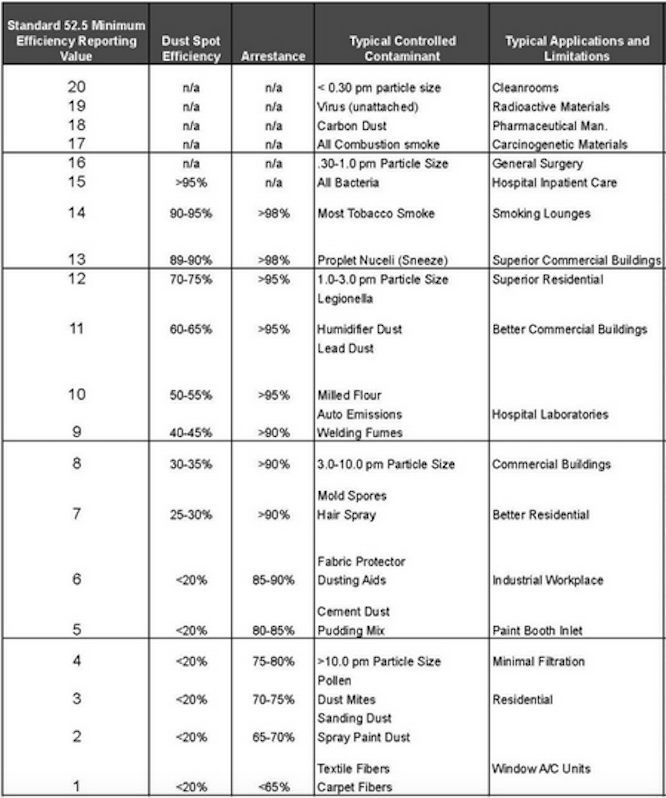 A filter only works if air moves through it.  No air, no filtering.  So if you have a wall-mounted ductless air conditioner, you don't get much help because they don't move much air, and the filter in them is a MERV 1-4.  You can upgrade if you want...to a MERV 6.

If you have equipment with ducts, you have more options and can install a better filter.

And then, filters only work if your air conditioner is running.

Typically, I don't use anything less than a MERV 13.  But a filter doesn't trap gases, and one of the ingredients in vog is sulfur dioxide.

It's tempting to buy an "air cleaner" or an "air purifier."  I'm looking at a best-seller on a shopping site and the description has all sorts of buzzwords like "HEPA" and "UV-C."

Here's what you need to know before considering an air cleaner:

Air cleaners will help grab particles out of the air, but gases (like sulfur dioxide)?  Probably not.  Also, if an air cleaner produces ozone (a known lung irritant), then you'd just be replacing bad stuff in the air with different bad stuff.

There are a few different kinds of air cleaners.  The common ones are room-sized because they have small fans, and they're mostly designed to hold filters.  Sometimes they have an ultraviolet light to zap bacteria, but the UV needs to be paired with a filter.  The light can't do it all on its own.

A good air cleaner has a good filter.  UV is a bonus.  A great air cleaner will probably have "activated carbon" in it.  The carbon acts as a chemical trap for gases...like sulfur dioxide.

If you want to clean the vog out of your air, here's what we can do together:

I rarely skip straight to the end, where we install the "thing" and hope it works. That's usually because my clients have already spent a lot of money on products that didn't work for them.

I called that company with that ad on the radio and asked what the MERV rating of their filter was, and they said "MERV?  What's that?  That's a new one for me."

Your mileage may vary.  But if you want a sure way forwards, get in touch.  I don't like to guess about your health.

Fissure 8 could erupt for years.

For more on indoor air quality, visit the EPA.