My calls sometimes seem to follow a pattern.  There was this house on the Kohala coast, which had two AC systems already...and the bedroom is still hot, even with both systems running full-tilt.

There was the condo in Kailua-Kona with enormous energy bills despite lots of solar, a decades-old AC system that was putting out nice cool air, ceiling fans in every room...and it's still hot.

There was the house in Waikoloa with THREE split-AC systems, nicely installed, clean and functioning properly...and I got called because it's too hot.

Do you see the pattern?  People get hot, they buy air conditioning, the AC contractor does a nice job, the homeowner gets what they paid for, and it doesn't work. 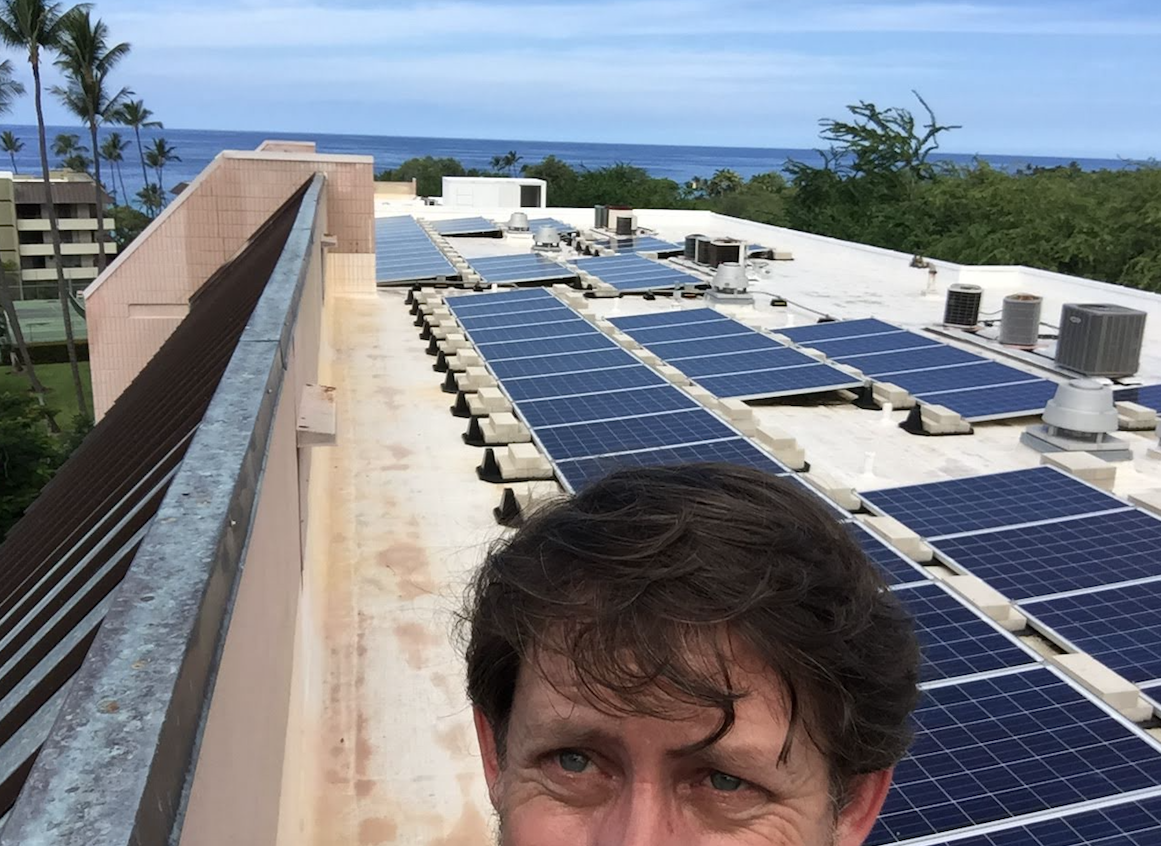 All the solar in the world won't keep you comfortable.

It's not that the AC is "bad" or "broken" or "doesn't work."  All the ones I see actually work pretty well.  They're typically well-installed and of course I usually want to tweak it, but it's not done "wrong."  And it's not the AC contractors' fault either.  There aren't that many of them, they're trying their best to keep up, and they're doing what they're paid to do.

It's that it takes a bit to figure out what's going on and it usually involves looking in attics, doing math, and running some tests.  We need to slow down a bit.

If you go to the doctor and say "my knee hurts," you're not rushed to the hospital for a knee replacement, right?  They run some tests first.

I do the same thing.  Test (don't guess), dig into the house, and THEN make a prescription.  Treat the patient, not the symptoms.

The air leakage is twice as high as Hawaii's Energy Code allows.  The hot attic air gets into the walls and heats them, along with the ceiling, and turns them into radiators.  There is insufficient insulation in the attic, and it's full of holes.  None of these is something that "new AC" can fix. 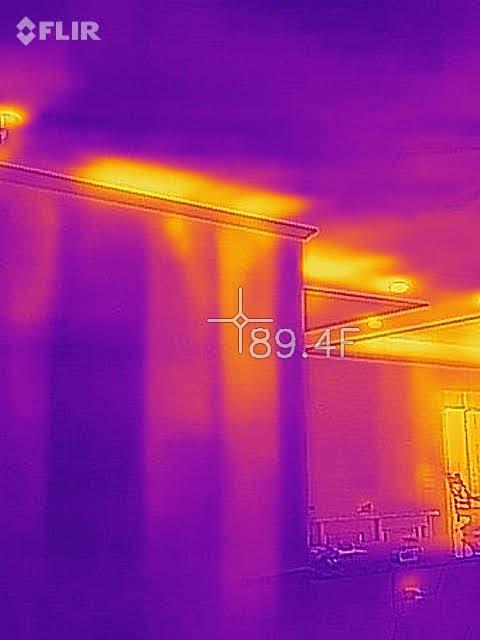 The condo is on the top floor.  The concrete roof absorbs heat and radiates it at the occupants.  The AC puts out cold air continuously but there's so much radiation the AC is overwhelmed, so the occupants turn it down as much as they can, and the AC and fans run all day.  There is no insulation.  None of these is something "new AC" can fix.

Return (left) and supply (right) temperatures. The 16-degree temperature split is close to a rule-of-thumb ideal.

There's no shade, the roof is dark shingles, and there is NO insulation in the attic.  The attic gets hot, heats the ceiling, and as the day progresses the house gets hotter and hotter.  When there are already three (3!) nearly-new split-AC systems...do you think "new AC" is the solution? 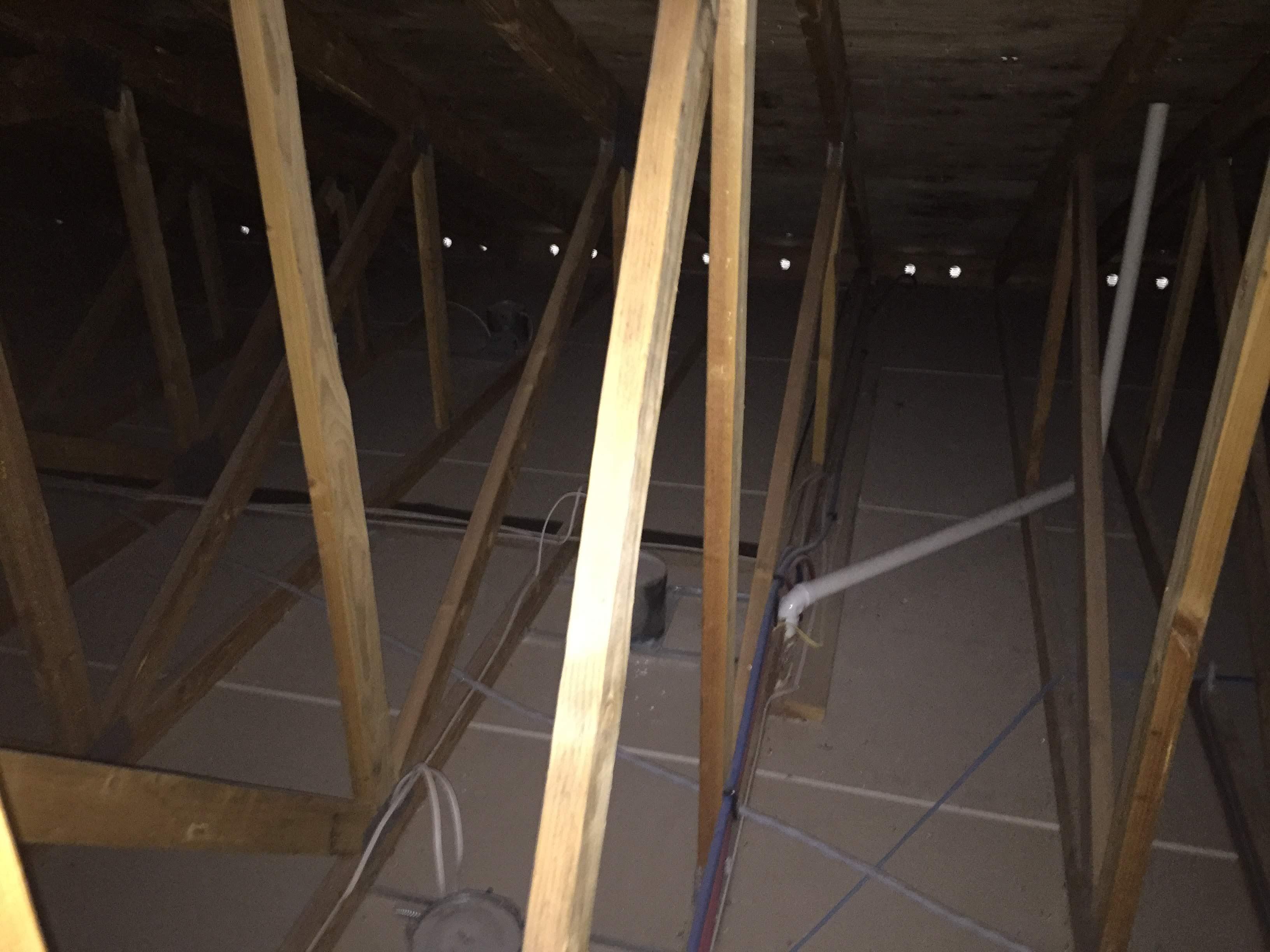 None of these houses has a good barrier between the living space and the hot space.  It can get up to 140 degrees in an attic, hotter than the scalding-hot water in your water heater.  Insulation isn't a magic bullet, but it slows heat transfer - the longer it takes for the ceiling to heat up, the less heat will radiate into the house, and that gives the AC a chance to keep pace.  Then at night, the roof and attic will radiate their heat back into space, cool down, and the cycle starts again in the morning.

If we can slow down how hot your house gets in the first place, we might even get to a point where you don't need AC at all.  Maybe you could stay comfortable with ceiling fans.

There's a reason that "insulation" and "airtightness" are written into Hawaii's Energy Code.  It's because they're the no-energy solution.  They don't make your meter spin, they can save you from trying expensive experiments, they don't need maintenance, and they work all the time.

AC only works some of the time, if it works at all.  But it works better if it comes after insulation.

Are you considering air conditioning?  Maybe you need a different thing.  I come highly recommended and we can figure it out together.  There's a reason I do a lot of insulation and airtightness - it always works.  I like it when things work all the time.

Not just some of the time.

Other Blogs on Similar Topics:

I am hot and bothered!

Blake is a motivated action-oriented wiz kid with just a touch of wise ass. (ed: we prefer "spunky.") He clearly cares for our lived-in environment and has been a diligent carbon warrior for quite some time.