When I was a Peace Corps Volunteer, I watched as a line of telephone poles inched its way over the 60 kilometers to my site.  They didn't get all the way there, because they were so slow that during the project, these newfangled "cell phones" showed up.  Everyone decided to get cell phones instead of landlines, so they quit putting in poles.

This kind of leapfrogging can be an advantage - slow down, learn what other people are doing, and then do what's right for you.  It can be very efficient!

"Building airtightness" has been studied since the '80s, so it's not new.  But it is to Hawaii, and Hawaii found a great sweet spot.

A Quick Note on "Code"

We have plumbing codes because people were getting sick, electrical codes because buildings were catching fire, structural codes because buildings were falling down...and now energy codes because energy is expensive, is becoming more so, and its production can harm the climate.  The Energy Code was created partly as a reaction to peoples' discomfort, and in Hawaii, it's designed to keep houses cooler by encouraging better building design.  If a house is hot, homeowners typically think "I need air conditioning," but that doesn't always work and it uses energy, which costs a lot.  The first Energy Code came out in 2000, so it's not new either.

A house that "meets Code" passes minimum standards.  It could be built better than Code, right?  That's all the Energy Code wants, for houses to be better than "barely OK."

How Do You Do a Blower Door Test?

A home's level of airtightness can be calculated pretty easily.  A big fan is installed in a door, and as it moves air out of the building, the air is measured with a gauge.  When you put that together with the volume of the building, you get a leakage rate. 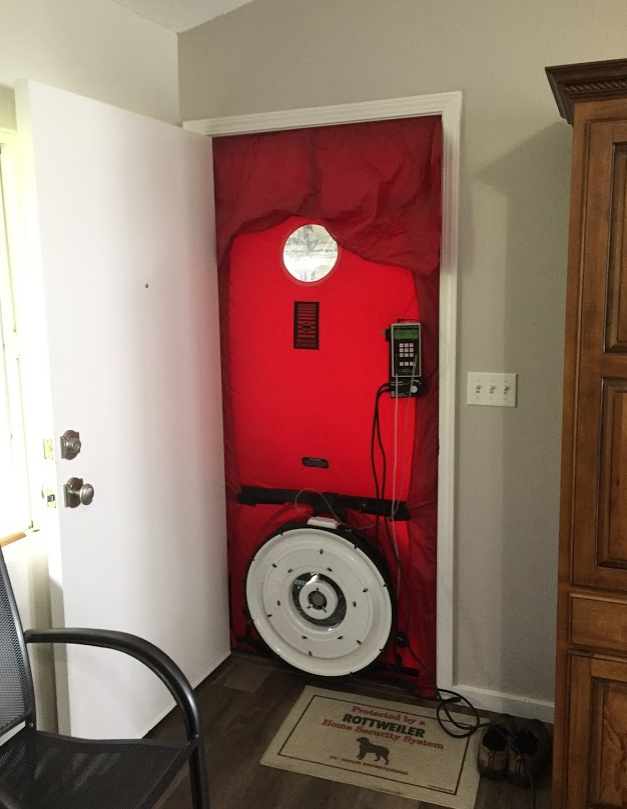 The round thing is the fan. The red thing is a shroud, installed on an expandable frame so it fits in almost any door. The small rectangular thing with buttons is the gauge.

Hawaii's maximum allowed leakage rate is 5 ACH50, so this house would pass.  It's very simple.  Smaller numbers are better.  A bigger number indicates a leaky house, which is bad for energy bills.  Leakier houses also tend to be more uncomfortable, which is probably why those clients call me.  I routinely measure leakage rates of about 10 ACH50, twice what the Code allows.

I hear these comments all the time:

Hawaii has a lot of climate zones; some people don't need air conditioning, but some people do, especially with how hot our summers are getting.  And our kupuna and keiki can be especially affected by the heat.

But tightening houses isn't just about "keeping the cool in."  A bigger reason it's important is that it helps keep the heat OUT.  (We've been here before, with the ceiling-and-walls-that-act-like-radiators)  If a house is kept cooler in the first place, then it's less likely to need A/C, and we can have the houses that Hawaii's supposed to be able to have.  One reason people "need A/C" is that the houses are built to an older standard, and they get hotter faster.  A newer house might still get hot, but slower.  It might get hot so slowly that ceiling fans, on their own, could keep you cool. 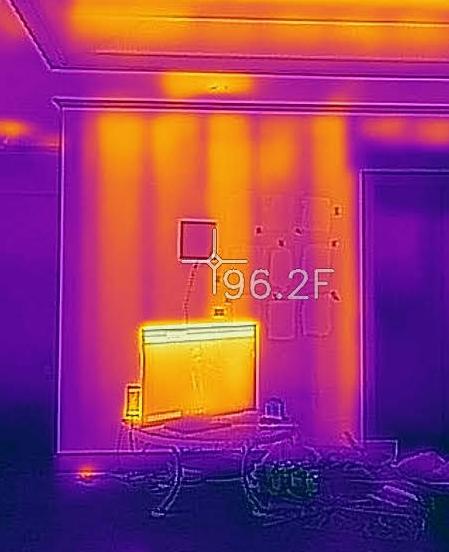 Big holes are letting 140-degree attic air into this wall. The air heats the drywall and turns it into a big radiator. If there were no holes, the wall would be cooler and so would you.

Hawaii's airtightness requirement is also pretty appropriately-sized.  It's designed to go after the big, wasteful holes that hurt and don't help.  Builders don't have to spend a lot of time chasing down tiny cracks because small holes only leak a small amount of air.  Big holes leak a lot, are easy to find, and cheap to fix.

The holes also don't help.  They don't encourage ventilation because they're not where you want them.  They're in weird places like "under your house" and "in your attic."  Who wants ventilation air from those places?  Gross.  If you want ventilation, that's what windows and fans are for.  Those are holes you get to choose to use.

Randomly-located holes installed during the construction process typically allow bad air to get to places you don't want it.  Closing those holes makes houses better, not worse.

I think Hawaii decided on a perfect airtightness target.

At one time, I was doing blower door tests on houses that had to meet 7 ACH50.  That bar is so low you could stumble right over it.  There wasn't much of a point, and we learned that.

Many jurisdictions require 3 ACH50, tighter than Hawaii specifies.  That's a bit more challenging of a target, and is useful because many of those houses need both air conditioning AND heating.  There are more opportunities to save energy. 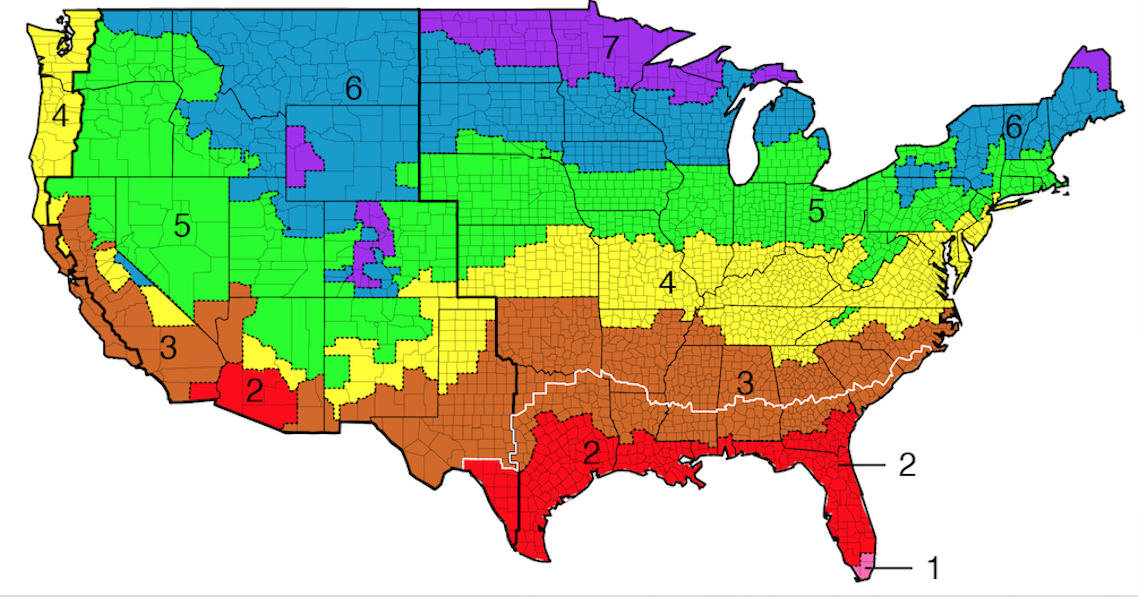 Climate zone map of the US mainland. The red and pink areas generally require 5 ACH50, same as Hawaii. Everywhere else is in a zone where 3 ACH50 is a target.

Hawaii's 5 ACH50 is right in the middle.  Not hard to achieve, not too stringent.  Any builder should be able to meet it, and if they don't, it's good that they're being checked, isn't it?

I do think it's weird that 5 ACH50 is about half of what I often measure on Hawaii houses.  Is it a sign?  Or a statement?  I don't know.

I do know that if those houses had their air leakage cut in half, the A/C would work a whole lot better all of a sudden.

A 0-10 scale from a recent report to a homeowner. Higher scores are not better.

If you need a blower door test, get in touch.  I do them, but I don't believe in testing-for-the-sake-of-testing.  When I do one, I like to use it as a teaching tool.

The goal isn't to do tests.  It's to seal holes and make buildings better, and those are things I love to do.

What You Can Do About Vog

Is your house leaky?

I've brought Blake in as a consultant on difficult jobs. He continues to impress me with his breadth of knowledge, excellent communication skills, and passion for building science. He's been an asset to my business, and I highly recommend his services. Joel Frank Carpentry