And yet, building officials are actively encouraging insulation and conservation strategies.  The energy-efficiency program provides rebates for comfort-related things.  Councilpeople nod while I testify at their meetings, builders are installing piles of insulation, and I have an insulation blowing machine and routinely blow tons of insulation for my clients.  Do you know why?

Because homeowners are HOT.  Some homeowners live in a "mild Hawaii climate."  Many don't.

Let's put the mild-climate thing to rest, because it's heating up.

But not all houses.  Some houses are just fine.  It's just that the closer you get to the coast, the hotter it is.  The farther out on the lava fields you are, the less likely you are to have shade.  If you don't have many clouds where you live, then there's not much between you and the giant radiator in the sky.

If your roof is asphalt shingles, that's just like putting pavement on your house.  You know what else is paved?  Roads.  Did you know one reason mongoose run-don't-walk across the roads is because it hurts their feet?

It's no wonder they always run across the road.  They never run along the road.  Only marathoners do that.

If your house is at a lower elevation and is unshaded, then even if it's mild outside it might not be mild inside.  Especially if the house isn't designed to take advantage of the trade winds.  When they decide to blow, anyway.  The number of "trade-wind days" has been steadily diminishing for decades.

I recently went on an insulation jaunt, a multi-day tour to fix three houses.  This one, in Orchidlands (classic Hawaiian home): 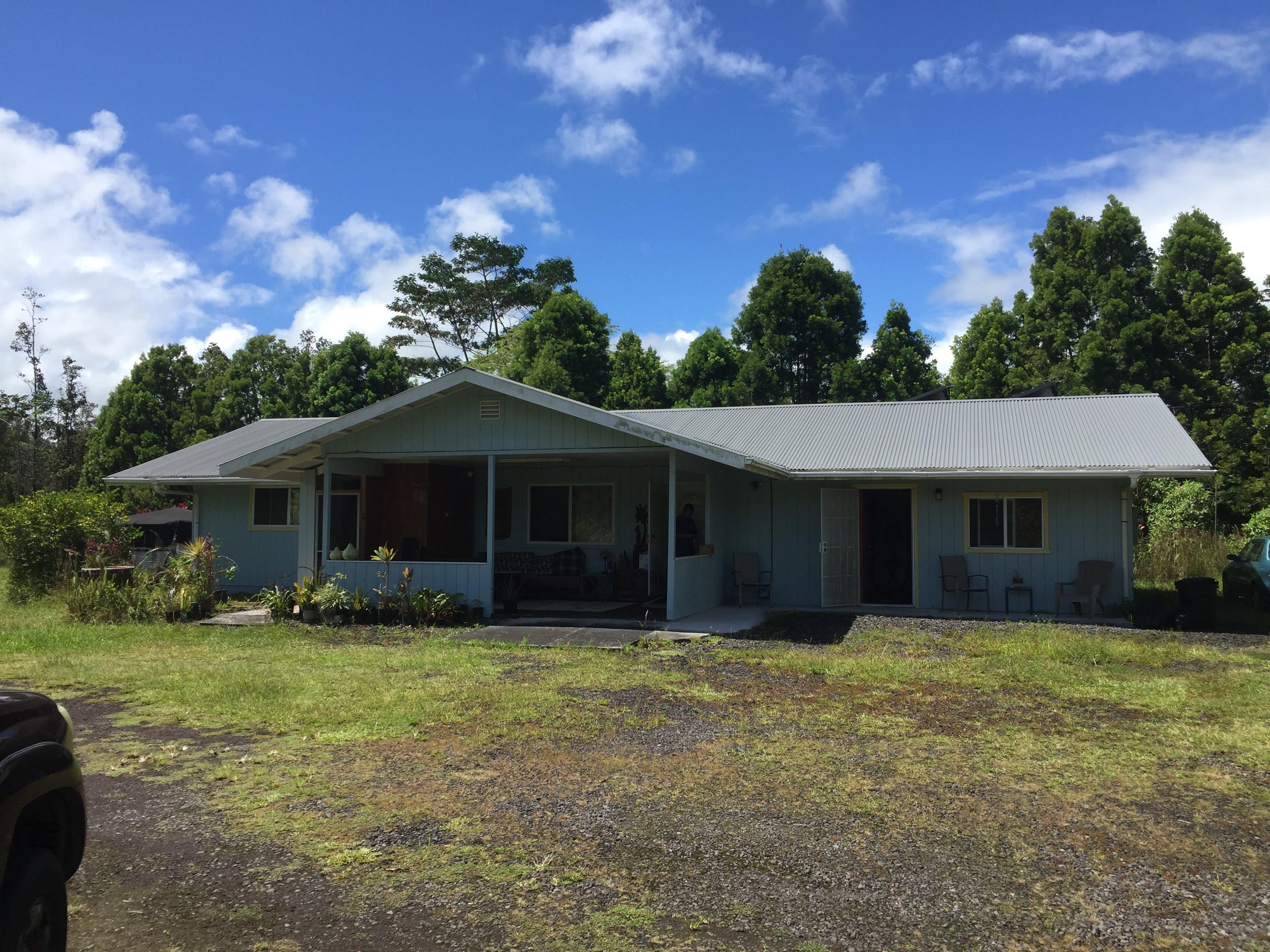 This one, in Hawaiian Paradise Park (just built, brand new!):

And this one, in Hakalau (a bit north of Hilo): 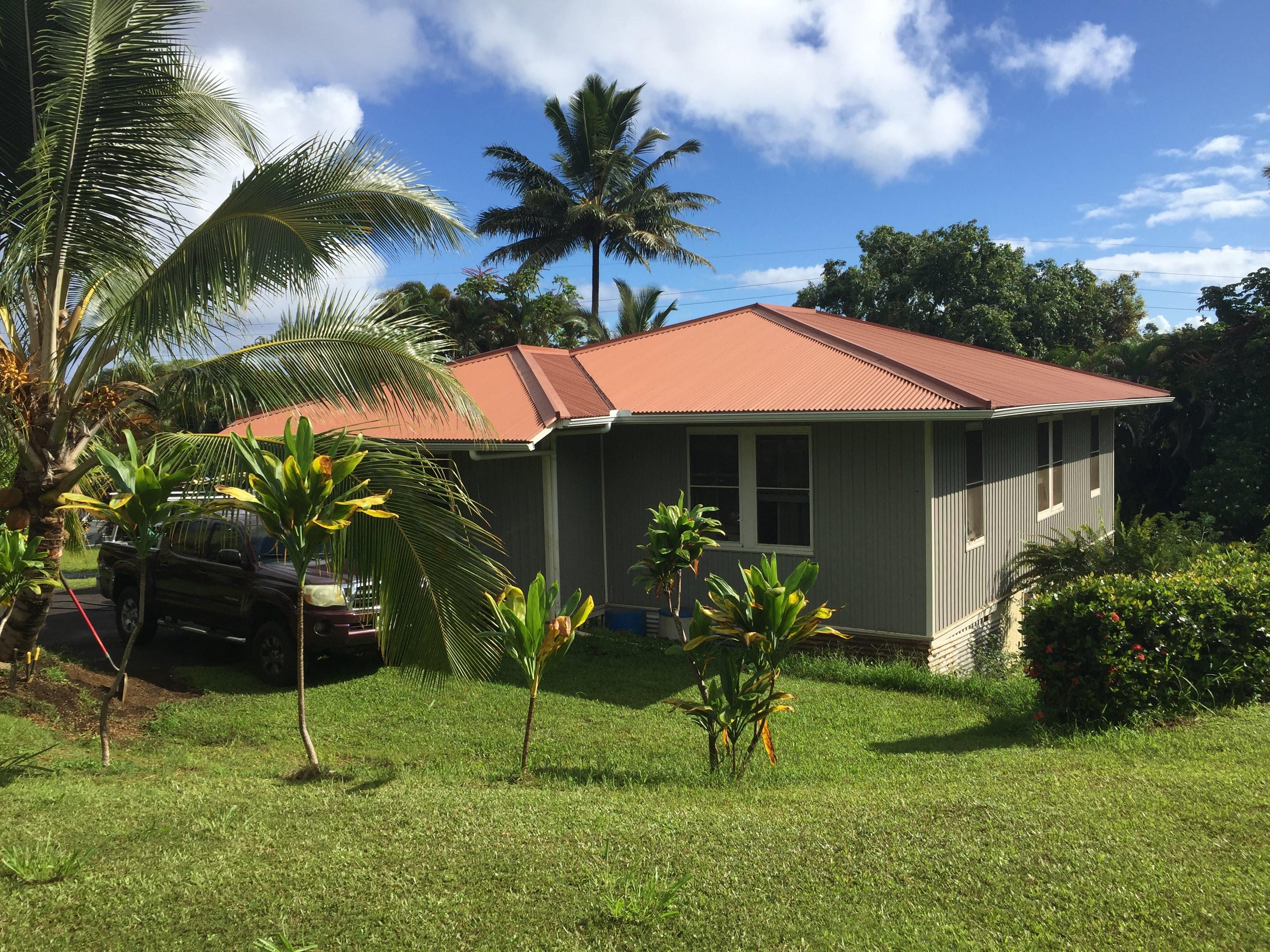 They were all the same.  Metal roofs over an attic with no insulation.

...is that the houses were hot.  Why were they hot?  Because they're unshaded and the sun beats on them all day and no amount of "mild-climate natural ventilation" can fix that. 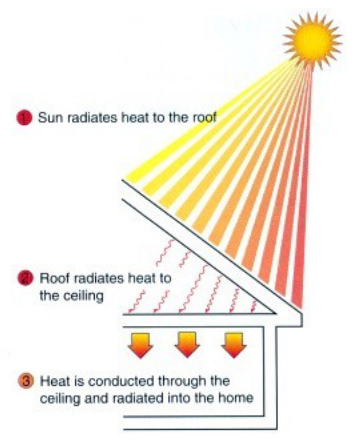 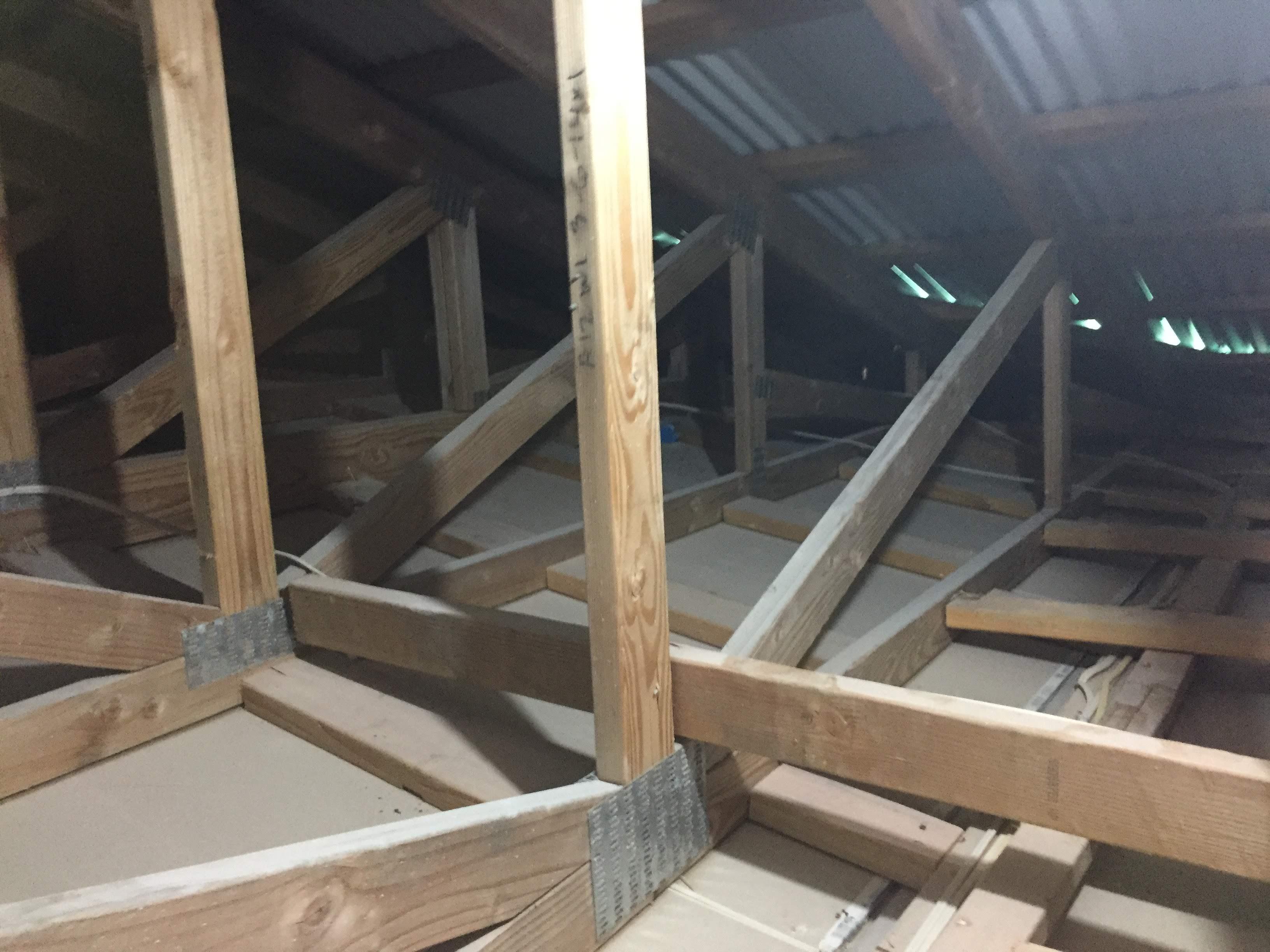 A typical Hawaiian attic with no insulation in it. Attic insulation has been Code-required since at least 2007. This house was built in 2019.

It's impossible to be comfortable with a giant, house-sized radiator emitting energy a few feet from your head.  To make it worse, the ceiling's probably made out of drywall.  The industry term for drywall is "gypsum wallboard."  GWB is made out of gypsum, which is "rocks."

As my father-in-law used to say, "rocks make lousy insulators." 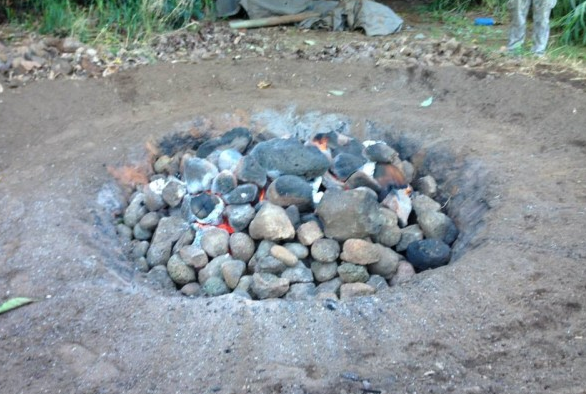 But they're great absorbers of energy, which is why we make imus out of them.

A number of things dictate whether you're comfortable or not.  One of them is "mean radiant temperature," which is why if your ceiling is hot...you feel it.  It's like being in an imu.

...is not to just install attic fans.  They only address the "hot air" part of the problem.  They don't touch the "hot building materials next to you" or the "not enough natural ventilation" parts of the problem.  A nice thing about houses is that they're everywhere, and smart people study them, collect data, and write stuff down so we get to read it.

The more things you do, the better your chance of success.  So what do you do if you have a hot house in Hawaii?  You do these things, preferably in this order:

If you skip down the list and just install fans, there's a chance they could make things WORSE by sucking cool, expensive, conditioned air out of the house.

See how "AC" is last?  We can solve the problem by throwing energy at it, but do you really want a bigger bill?  I like the other things because they're part of the no-energy solution.  There's no monthly HELCO tax with them.

My clients often tell me that, after insulating, the ceiling temperature drops 10 to 12 degrees.  It's funny, they say that, independently, with no prompting, on their own: "ten-to-twelve degrees."  It's never "ten degrees" or "eleven degrees," it's alway ten-to-twelve.  It's almost as if, when you do the same thing to the same houses in the same way, the people inside experience the same result.

The Department of Energy Attic Page

It's Too Darn Hot

the sun, it burns

I've known Blake for 20 years and this is what I know to be true: He is authentic. Blake can't even pretend to be something he's not. Blake doesn't waste time. He values everyone's time, not just his own. Blake makes everything more efficient. He is make-your-head-spin smart. Blake is a nerd.